Model Overview
The new redesigned F-150 has a new look as well as extensive mechanical changes, including a more imposing front end modeled after Ford's Super Duty Trucks and a taller, chunkier appearance throughout. The F-150's interior has been rounded out a bit but still is undeniably that of a truck. Three different cab configurations, four box options and seven different trims are available to fit the specific needs of pickup users.
The F-150 now has an engine lineup consisting entirely of V-8s. The base 4.6-liter two-valve engine makes 248 horsepower; a 4.6-liter three-valve produces 292 hp; and at the top there's a 320-hp 5.4-liter. The 4.6-liter two-valve comes with a four-speed automatic transmission. Both of the other engines get a new, more responsive six-speed automatic that helps improve fuel economy. Ford says that the two-valve engine gets the same fuel economy as the V-6 that it replaces. And throughout the line, buyers have a choice of rear-wheel drive or four-wheel drive.

All F-150 models have a fully boxed frame underneath, with hydroformed, high-strength side rails and a lighter-weight chassis overall. This increase in frame rigidity will improve towing and hauling ability.

Among the three cabs, the SuperCrew is most changed; it's six inches longer than last year's model, for especially improved rear legroom, and the second row folds and flips to yield a completely flat load floor and 57.6 cubic feet of space behind the front seats.

The F-150 has had its safety features significantly upgraded. Front side airbags are now standard, along with side-curtain bags that extend to front and rear occupants. Anti-lock brakes and electronic stability control are now standard. The stability control system has Trailer Sway Control, to help prevent the loss of control while towing, and an integrated brake controller and rearview camera make the F-150 especially tow-friendly.

Especially of note is the F-150's interior, which has been greatly improved to cater to those who use their trucks for work and spend a lot of time in them as part of daily duties. More than 30 storage areas are now available inside, giving places to put smaller electronics, chargers and access cards, and the longer center console now has enough space for two laptops or to accommodate standard-size file folders.

The F-150 is offered in a total of seven trims: basic XL, sporty STX, off-road-oriented FX4, mid-range XLT, luxury-appointed Lariat and King Ranch and the new, very opulent Platinum. Base XL models may come with vinyl upholstery and a vinyl floor, but they do also feature air conditioning, tilt steering, an AM/FM stereo and all the safety features of the uplevel models. The Platinum model gets huge 20-inch, 16-spoke polished aluminum wheels and a satin chrome grille with fine mesh, together making a flashy statement from the outside, along with brushed aluminum panels and ash wood grain panels for the dash.

Noteworthy options at the top of the range include voice-activated navigation, with a high-contrast 8-inch display; Sirius Travel Link, a feature that adds real-time traffic, weather, and fuel-price information; Sync, a voice-activated calling and music-player interface; and a 700-watt, ten-speaker Sony surround sound system. Appearance extras are also emphasized in the options list, with 13 different wheel designs are offered across the lineup, along with several special paint schemes.


Model Strengths
Safety Features
Responsive Six-speed Automatic Transmission
Interior Versatility
Comfort And Refinement
Hauling And Towing Capability
Model Changes
The F-150 has been completely redesigned for 2009, with a new, more macho appearance, a stronger frame, more versatile and luxurious interior and a more powerful engine lineup. Safety has also been stepped up on all F-150s, with side-impact airbags, side curtain airbags and electronic stability control now standard.
Model Value
The F-150 has been the best-selling truck nameplate for 31 years, and Ford shows no indication of giving that title up with the completely redesigned model this year. While the new F-150 is more capable, more passenger-friendly, and safer, it's still offered in one of the widest equipment ranges of any vehicle, to suit the needs of those who work out of their vehicles in many different ways. As such, the F-150 spans one of the widest price ranges of any vehicle, from the low $20,000 range for the base XL models to over the $50,000 mark for a loaded Platinum.
Features
V8 24V 4.6 Liter
2WD
ABS (4-Wheel)
AM/FM Stereo
Air Bags (Side): Front
Air Bags: Dual Front
Air Conditioning
Bed Liner
Cruise Control
Power Door Locks
Power Steering
Power Windows
Stability Control
Tilt Wheel
Towing Pkg
Wheels: Aluminum/Alloy 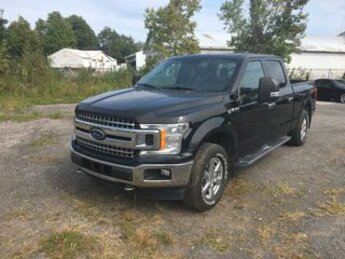 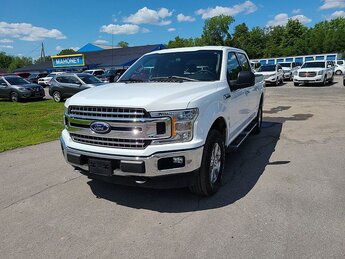 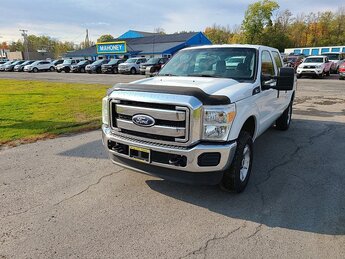